(Volder) Rein sits West of the Aare River, somewhat on a hill top.  This is a depiction of the village in a book published in 1705. 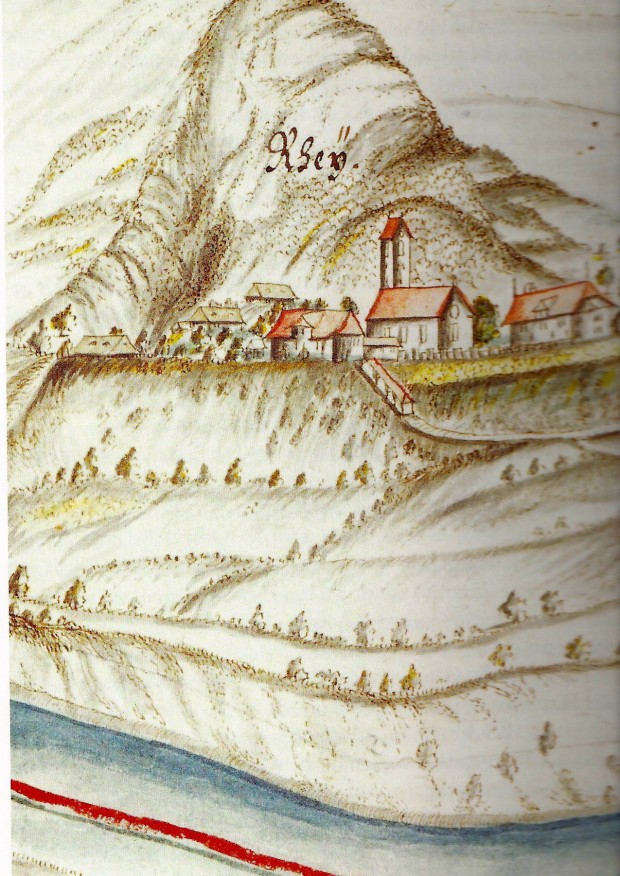 This would be the view looking “North.”  When I visited Switzerland in May 1999, I took this shot:

The church has been rebuilt, but essentially sits on the same spot.  And although a lot of the village detail is hidden by the trees now, it also remains as shown in the 1705 drawing.  For example, the cemetery depicted in the drawing is still present today; again essentially in the same location.

With the path shown in the drawing, and seen in my picture, it wasn’t too much of a stretch to imagine Johannes traveling it as he may have worked the fields.  I couldn’t resist: 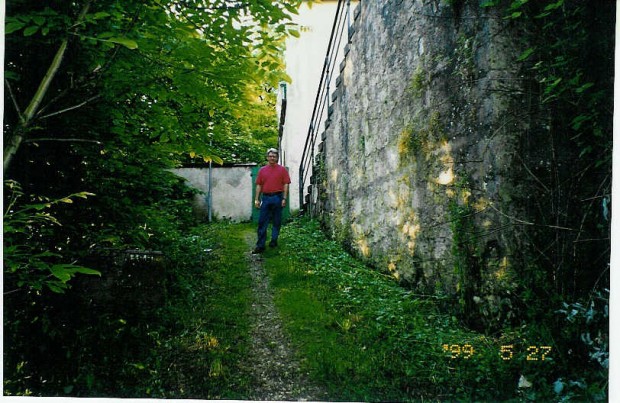 I so wanted to retrace his steps, as often as I could, when I could…