In the late ’70’s we were experiencing a high T-38 engine flame-out incident rate – higher than normal.  (Essentially a ‘flame-out’ is when a jet engine quits, for one of many reasons.)  When we looked at the data, we saw where a lot of these flame outs occurred above FL (Flight Level) 390; essentially, 39,000 feet).  At that time, wherever we experienced a flame out, we had to divert and land at the nearest suitable airfield.  That often meant the loss of the mission.  So, the ‘college boys’ at Headquarters were turned loose to find a solution for us. 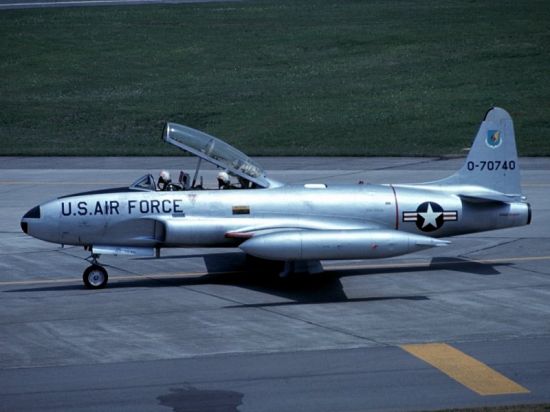 However, as ‘sturdy’ as the T-Bird was, it’s ‘weak spot’ was the engine.  You could just not ‘slam’ the throttle from idle to MIL (Military power) – you had to ‘gingerly’ advance it.  And this was the way I was initially taught when I began flying jets.  In the T-Bird, if you ‘slammed’ the throttle to full power, it was a crap shoot which way the engine was going to go- forward, or back!

The T-38 came into service in the early ’60’s, and by the mid-70’s most of the guys who trained on the T-Birds were gone.  The specs for the J-85 engine in our T-38’s, really didn’t give us much guidance on how fast we could advance the throttles, but you sure as hell, didn’t want to “slam them” – especially at the higher altitudes.    Somehow that got lost on the new kids, and they would jerk those throttles like their “ya-ha’s” on a lonely Saturday night!  And at the higher altitudes, the engines would quit!  Go figure.

And so, after a great deal of “study,” the Command College Boys came out with another T-38 “Be-No.”  Effective immediately, by order of the Air Training Command DO (Director of Operations) there would ‘be no’ more flights above FL 390.”  Problem fixed!

Okay, swell… and then shortly thereafter, there was this one day wherein the ATC DO called into the Squadron to let us know of his arrival time.  Okay, fine.  Then the next thing we heard on our radio was, “Houston Center, Tonto 17 is back on at FL430…” (meaning back on Houston’s frequency, at 43,000 feet.)  Okay, fine….

This entry was posted in USAF and tagged USAF Flying. Bookmark the permalink.