On 11 April 2013 the 560th Flying Training Squadron hosted the 40th Annual Freedom Flyers (POW) Dining In.  This is a tradition, began in 1973, to honor our North Vietnam POWs.  I don’t get there every year these days; but I made this one – and I am glad I did.

First of all, it was good to see the POWs in attendance.  There are not quite as many as in previous years, but the ones who do attend are just fun to be around.  And inspirational.

The speaker this year did pretty well.  He was actually the son of one of ‘our’ POWs and had a great message – one I will ‘ponder’ now for a few weeks. 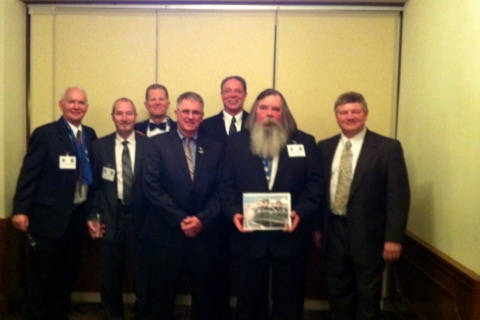 At one time or another, I flew with each one of these guys, except maybe Bob W.  I don’t know if they know what ‘treasures’ they are to me… I really enjoyed seeing each and every one of them, albeit all to briefly.

Then I ran into Byron Allen. 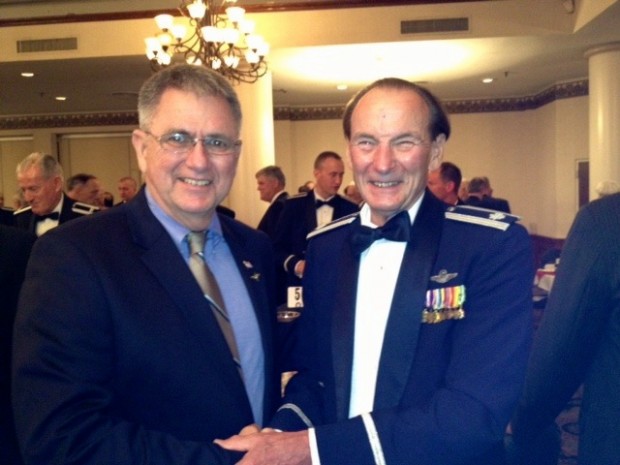 I first met Byron in the late 70’s – or more accurately, I first became aware of him in the late 70’s.  He was on ATC Stan/Eval and I observed him while our unit was being inspected.  I saw in him, an very capable individual; knowledgeable, fair and a man of great integrity and common sense.  It wasn’t until the mid 80’s that our paths crossed again, and in getting to know him better, my initial observations proved to be “spot on!”  It was also during that time that I was able to fly with him, and what a privilege that was.    Although by that time I was a “seasoned” IP in the T-38, I learned so much from him!

And so, it was well worth my trip to San Antonio this year… I will relish the memories now for some time.