We moved to Okinawa in May 1953.  Dear Ole Dad was assigned to Kadena AFB in May of 1952, but there was no base housing at the time – so we had to wait a year before we could join him.  The War (the last one we actually won) had only been over for 7 years or so.

The house we moved into was completed in May 1953.  We were the first occupants. 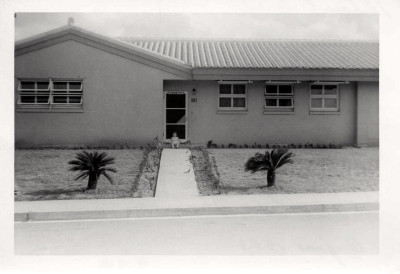 I have some very fond memories of living in that house.  One of them I’ll share with you this morning is, skating down the ‘Olympic certified course.’  From just outside the front door it dropped down to the sidewalk, then around around the “hairpin turn” to the right.  If I made it that far, there was another right-hand turn at the end of the block.  More often than not, the 6-G turn at the end of ‘the drop’ from the front door, shed one or both of my skates.  Those skates were the kind that you used a key to clamp on.  And the clamps didn’t really hold that well – at least not through 6-G turns!

In 1973 I had a trip through Kadena as a C-141A pilot – 20 years after we lived in that house.  I remember standing out in front of that hose, alone with my memories. 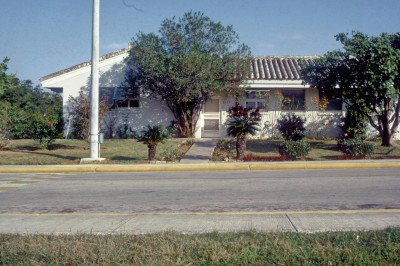 The first thing that jumped out at me was the “Olympic Skating Course” – it was NOT!  LOL!  Then I was struck with how nice it looked – and proud of having lived there at one time.

Recently I joined a few sites on FaceBook (FB) that are geared toward “Military Brats,” one of them “OkinawaBrats on Facebook.”  I wrote a post on it one morning, including a picture of our house.  And it wasn’t long before I received this picture: 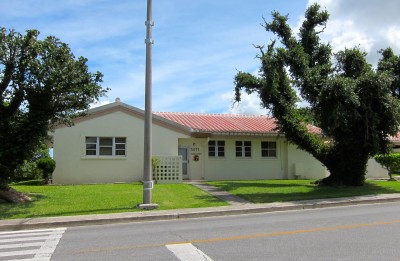 I just stared at it for quite a while – all sorts of memories and emotions floating back – not least of all, ‘gratitude’ – for the man who took the picture for me.  A “small” gesture I suppose, but one that means so much.  Thank you Jim K.!  Your thoughtfulness is deeply appreciated…

This entry was posted in Air Force Brats. Bookmark the permalink.