Last year (2013) we had a winter something like we used to have when I was a kid (1964 – ’68).  I don’t know what the “official” snowfall was, suffice to say, a lot.  Toward the end of the season I was talking with Mikey and he suggested this year I open a “snow maze.”  Now, just how stupid is that?  However, his idea held great appeal for me and I lent a lot of thought to it over the year.  So I contacted my sign maker last month and this is what we came up with: 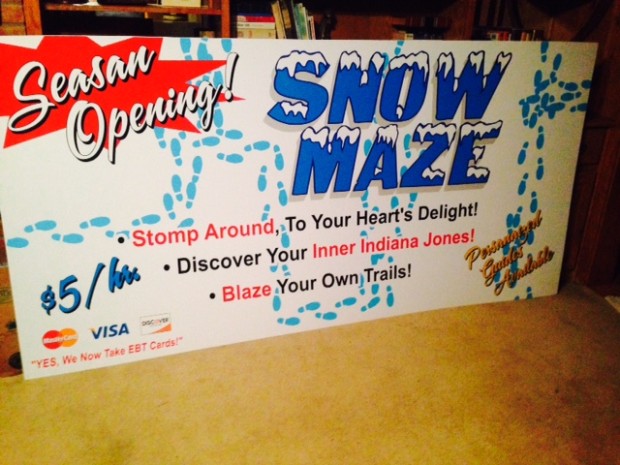 Do I think I’ll have folks walking in my front year?  Oh, hell yes!  And probably at $5.00 each.  And I will have my camera ready!

Last week I decided to create “gift cards” to fill the gap.  They have been a real “hit!”  I took 3 over to Noah’s school and gave them to the receptionist.  I told her that I wanted to give the “gift cards” to Sister Pat (principal), Karen (secretary) and Mrs. Rogers (the boy’s teacher) – and I handed them to her, upside down.  She went on to tell me ‘how kind I was,’ as I began to walk away.  Then I her her burst out laughing! 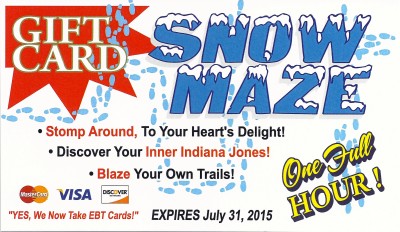 1 Response to The Snow Maze