By far, “The Littlest Angel,” by Bing Crosby…

In 2012 I decided to build ‘little boxes’ for all the kids; my kids and the grand kids.  I was very meticulous in choosing a special wood for a special kid. 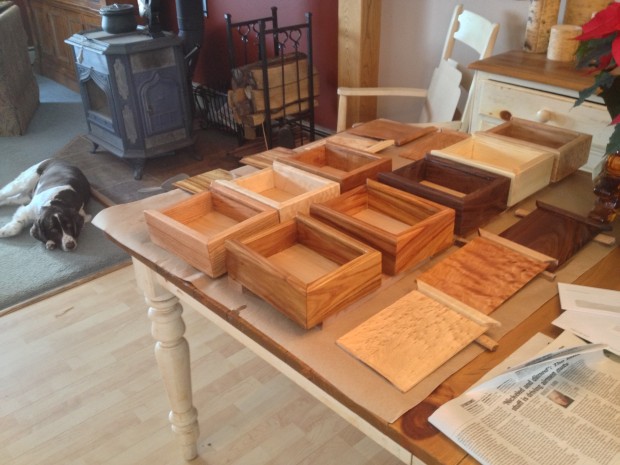 When I finished them I decided to add something ‘of mine’ to each box, something I treasured.  Each ‘kid’ got something different. 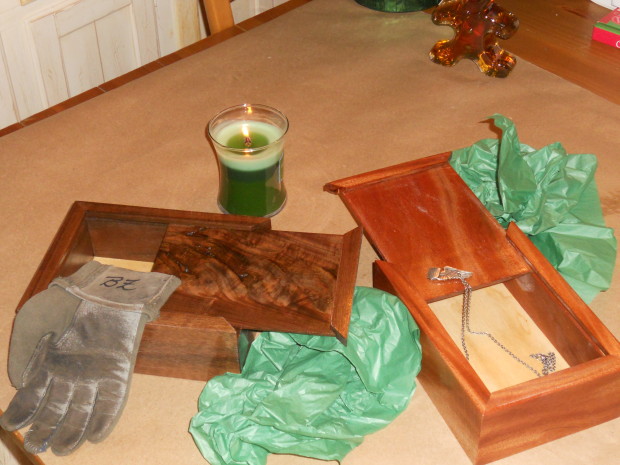 In Beth’s box I put one of the gloves I wore on my last flight in the Air Force: Keith’s I put my wings – the wings I earned at graduation from pilot training.  (They are ‘broken’ because of the legend – if they are broken on the ground, they can never be broken in the air).

Over this summer I decided to build a box for myself.  I chose ‘barn wood’ for mine.  And this is it this evening, 24 December 2014: 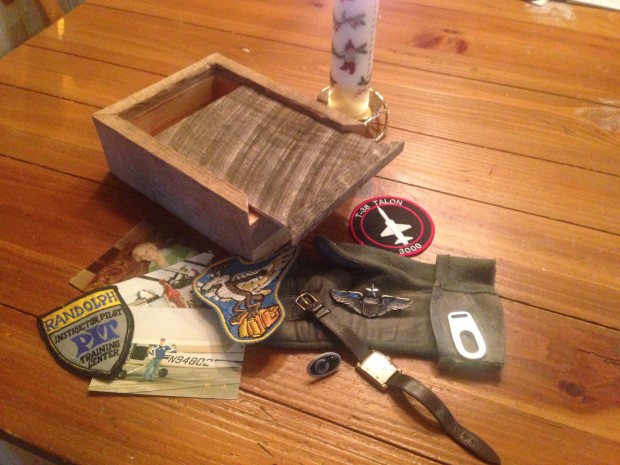 In it I have a few pictures, of my grandmother and my kids.  Then there are a few patches I wore at one time or another: my UPT (Undergraduate Pilot Training) class patch, a PIT (Pilot Instructor Training) patch and a T-38 3,000 hour patch.  Then there’s a flying glove I once wore and a set of my wings.  On the glove you can see a “Gold Key.”  This was on my UPT parachute and used to initiate the parachute deployment in the event I was rendered unconscious during ejection.  And in front you can see the watch my Grandfather gave me when I turned 12 and a “BratPin.”

If I were to meet the Lord this evening, this is what I would take to Him…

This entry was posted in Spiritality. Bookmark the permalink.

1 Response to My Favorite Christmas Carol?