I met Colonel Taj when I reported for duty in Canberra, Australia, in July 1980.  Right from the very beginning I liked him.  At our first meeting he was pressed for time.  He told me to have a seat, then proceeded to tell me how ‘to do well’ in my new assignment.

“Bob, keep in mind 3 things, and you’ll do well here in Australia.  First, you’ll be expected to ‘drink your lips off,’ don’t embarrass the Air Force.  Second, you can’t extend – it’s a 2-year tour. And third, don’t screw Australian enlisted women. (Apparently he had just had to send home a Captain for that vey infraction.).  “Got it, Sir,” and I knew right away I could work for this man.

Over the next 2 years I only saw him briefly, more often than not, at social functions.  In 1982 I returned to Randolph Field in Texas.  Colonel Taft and his wife, Fran retired to San Antonio and we began a deeper friendship.  I remember one day sitting at my desk when he walked in my office.  He sat down and we chatted for 20 or 30 minutes – about nothing I suppose, but I do miss talking with him.  When I retired in July 1988, he attended my retirement ceremony, and I was proud to have him there. 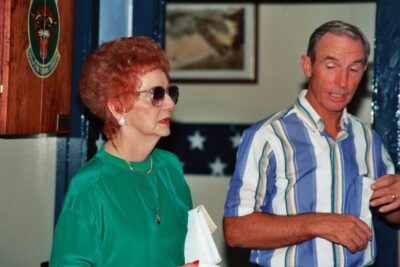 I was so fortunate to have worked for such a great man… Below is his obituary:

“Colonel Gene Elton Taft, age 84, of San Antonio, TX, passed away into the care of his Lord on Sunday, January 18, 2015 in San Antonio, TX. Family and friends will be conducting a Memorial Service in celebration of his life at the Army Residence Community (ARC), 7400 Crestway, on Friday, January 23 at 2:00 p.m. in the Auditorium. He will be interned at Ft. Sam Houston National Cemetery at a later day to be determined.

Colonel Taft was born June 13, 1930 in Ventura County, California to Wells Lyle Taft and Mabel Luella Crawford. He grew up in Santa Paula, California and attended Santa Paula High School, where he met his devoted wife of 65 years, Frances Maud Nowlin. Gene excelled in many sports, and was recruited to play football for Oregon State in Corvallis. For decades, he held the record for the longest touchdown return in Oregon State history. He was a member of the Phi Delta Theta fraternity.

He was a distinguished graduate of the Air Force ROTC program, and in 1954, entered the Air Force. Upon completion of pilot training, he served 30 years in a number of key leadership positions around the world.

During his combat tour in Vietnam, Gene, flying the F4 Phantom, was credited with a shoot down of an enemy MIG aircraft. His many awards and decorations include the Silver Star, Bronze Star, Distinguished Flying Cross with Two Oak Leaf Clusters, Air Medal with 11 Oak Leaf Clusters, and Republic of Vietnam Gallantry Cross.
Following his distinguished Air Force career, as an avid and lifelong golfer, Gene was actively involved in both professional and amateur golf tournaments. He served as Senior PGA Tournament Director for 2 years at Dominion Country Club, and chaired the Retired Military Golf Championship at Randolph AFB for 15 years. He also was an active participant of the Red River Valley Fighter Pilots Association.

Gene was a devoted and loving husband and father. He was a sincere, loyal and trustworthy friend. He was a light that shined brightly in this world, and will be greatly missed.

He is survived by his wife Frances and daughter Kimberly Kimbriel of Dallas, TX.”